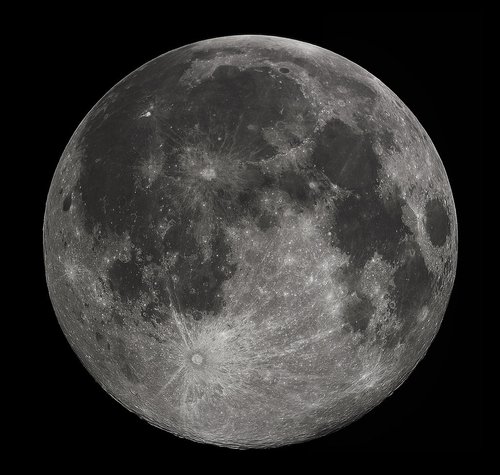 It is our moon, nuff' said.

21:00 Turning the Telescop on the Crescent Moon produced a most Astonishing Apparition. The Moon filled the entire Field of View almost exactly. The Dark Aspect of the Moon was clearly visible, and the Markings thereon were clearly the Same as seen when the Moon is Full. Turning my Attention to the Bright Aspect of the Moon I was struck – Almighty God Preserve Us All !! – by the Incredible Variety of Structures visible on the Surface of the Moon! Round Saucer-like Depressions ringed by Elevated Ridges and of Infinite Variety of Sizes were Scattered all over the Surface. Mountain Ranges and Lines of Indeterminant Structure were seen, along with the Dark and Smooth areas known as Mare (except where Marked by some of the more Isolated Structures just mentioned) produced a varied terrain. The Structures present on the Mare clearly indicate that the Mare are not, in fact Seas, but are Broad Flat Plains, not Unlike some on Earth. All this Variety indicates that the Surface of the Moon is Not Smooth, and hence the Moon is Not a Perfect Sphere, again Contrary to the Teachings of Natural Philosophy.

Note: An Additional Handicap that I imposed on myself was to Mount the Telescop on a Simple Tripod, with an Improvised Mounting System that was quite Unstable and required Considerable Effort to Guess where the Instrument would be Pointed once I removed my Hands from it.