Transport back in time to the early 17th century Italy. You are standing with Galileo Galilei while he fiddles with his scope, getting it ready. You're in a large city: Venice, but the skies are still dark. Light pollution hasn't quite become an issue yet. As you look up, you imagine the celestial spheres rotating around you, moving the stars and the planets and putting Earth at the center of the universe. Galileo finishes his preparations and you lean over to look through the eyepiece.

What do you see through Galileo's telescope?

Your first target is the moon, of course. To your surprise, it's not a perfect sphere. It's dotted with holes, marred by streaks and is rough around the edges. In fact, it looks pretty disorderly! It is not the perfect heavenly body you always imagined. Your curiosity piqued, you continue on.

On the way to the next target, Galileo pauses the telescope on a seemingly empty patch of sky. Empty except for the Milky Way, the ever so slightly brighter patch of sky that resembles a stream of spilled milk. Galileo asks you to look, but you are annoyed. You want to see the planets! But you look anyway, and what you see are stars. Thousands and thousands of them! It appears the Milky Way is made up of stars, not just some cloud. Shocked, you continue.

Next, swing your scope to Jupiter, king of the planets. What are those? 4 tiny "stars" surrounding the planet. You look a few hours later, and they have moved! After some discussion with buddy G, you both decided these must be moons. You name them Io, Ganymede, Callisto and Europa.

Next, you point your scope at Saturn. Something doesn't look quite right. After a quick check to make sure the telescope is aligned properly, you look closer. Saturn appears to have ears. Or at least some sort of protrusions at the sides. Very strange, indeed. 70 years later, Giovanni Cassini will tell you what you are seeing are rings.

Now you observe Venus, the brightest object in the sky. It is brilliant and once your eyes adjust, you see a crescent on the disk, just like the moon has! How can this be possible? You are very confused and you hear Galileo mumble something. You think you hear the word "heliocentric" but when you ask him about it, he just claims to have a cough. 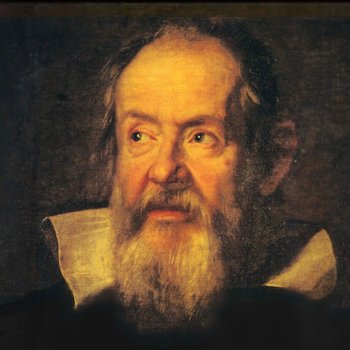