So you want to observe galaxies, you say?

A galaxy is not the easiest thing to observe. Most of them are very dim, or very diffuse, or both! There are some exceptions such as the galaxies found in the Virgo cluster - though these appear small and can be difficult to discern from stars.

The most famous of all galaxies would be The Andromeda Galaxy and for good reason. It covers an area of nearly 3 degrees in the night sky! That's about 6 times the width of the full moon! It is the only galaxy visible easily with the naked eye, though it helps to have dark skies. Make sure you have a wide FOV eyepiece, this target is large!

The Triangulum Galaxy is another great target for the would be galaxy hunter. Its magnitude ~5, and about 1deg across. So not nearly as big or as bright as Andromeda, but not too bad!

Centaurus A is another brighter galaxy, that is also a radio galaxy!

Bode's Galaxy is a spiral galaxy in Ursa Major, another popular target as it does not set for many observers in the Northern Hemisphere.

There are a few more in this list, see if you can find them! 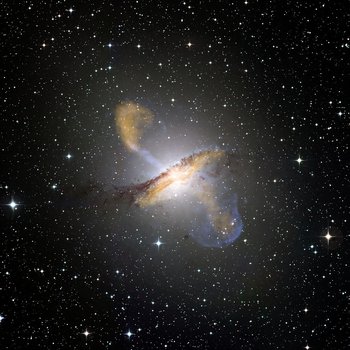 Nobody has completed this challenge! Will you be the first?